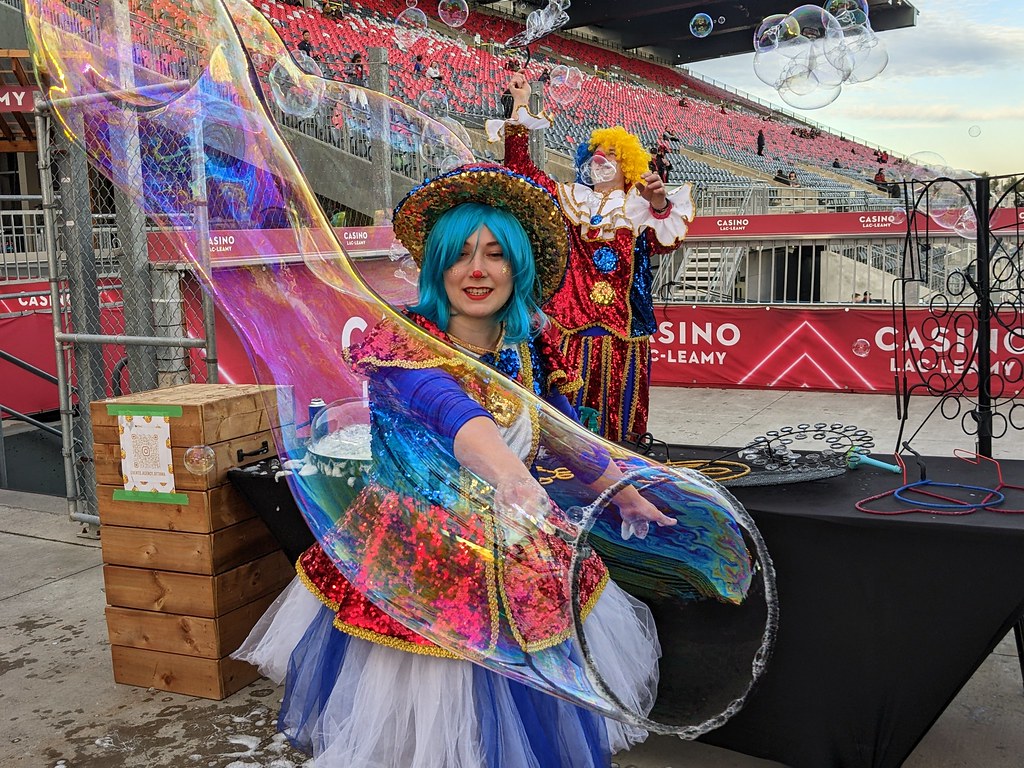 October 30, 2022. We went to the Canadian Premier League final today. Our team lost to Hamilton, but the city was the big winner as we put 14,992 people in the stands, which for league soccer in Canada is a pretty big deal. It was interesting to compare this game with the football game the previous day, because the two experiences were very different. Both good though. Now it's hockey season and we're tempted to go to a game, but the team has been playing so well, we don't want to mess with their success. https://flic.kr/p/2nWn8sK
2022365

July 26, 2022. This is a pond along the side of the Le Petit Train du Nord trail. I cycled 97 to Riviere Rouge and back. My front derailleur broke somewhere along the route; of course, I was as far away as possible when I noticed it. But it wasn't a major impediment. Some of my best moments are cycling along that train with the late afternoon sun on my back in the stretch just south of Labelle, and this year was no exception. https://flic.kr/p/2nBbk5S
Read more

May 1, 2022. This is a wet section of Summerstown Forest - it's pretty hilly and there are wet spots and good spots for trails. It was our first time in this forest and it was a good one. Lots of spring flowers just getting started (the flowers are all late this spring even in a southerly forest (it's near Cornwall) like this). https://flic.kr/p/2nhWt3b
Read more

April 30, 2022. This is a pond at the far end of King Street in Limoges, right at the dead end near the highway. I was more concerned about learning teh Fujufilm X-T200 camera than getting great composition, so this is testing exposure, iso, depth of field and the rest. https://flic.kr/p/2nhHWRF
Read more