Showing posts from 2010
Show all

Lunenburg, Nova Scotia , originally uploaded by Stephen Downes . On January 1, 2010, we drove to Lunenburg to take pictures. Instead, though, we got caught in a blizzard and didn't really get anything. So, on the last day of 2010, once again from Halifax, we set out to get some photos of Lunenburg. More successful this time - so much so, there wasn't even snow on the ground. Bonus. Here's the full set .
1 comment
Read more

After the Storm , originally uploaded by Stephen Downes . After the big nor-easter this week we went to the coast at Petit-Cap to see some of the damage. The entire beach has moved about 10 meters inland. That's our car in the photo, in what I think would be a really good Honda Civic advertisement. View the set .
Post a Comment
Read more 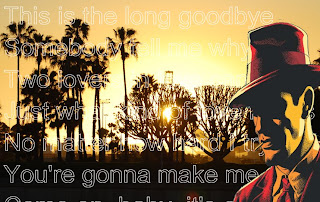 Another post for #ds106 , Raymond Chandler's The Long Good-bye . Photo of Long Beach , California, by me, graphic from here , and lyrics from Keating Ronan's 'The Long Goodbye' from here .
1 comment
Read more

Other people may be preparing for ds106 by creating their own animations from popular movies, but I find real life much more interesting. This sequence is of the lights changing over the river in downtown Medellin, Colombia, in 2007. Made by Picasion .
4 comments
Read more

Irving Nature Park , originally uploaded by Stephen Downes . Andrea and I walked around the Irving Nature Park on Taylor Island in the Bay of Fundy, just outside Saint John. Here's the rest of the set .
1 comment
Read more

December 10, 2010
I've made this blog specifically for Jim Groom's Digital Storytelling course, but I imagine I'll keep it around as a place to make art generally.
Post a Comment
Read more